Interactive﻿ Gaming for the entire family

How does it work?

The Cube is a large die standing on one of its corners, a clear visible landmark in any landscape. When one comes close and touches the Cube you feel that the Cube can be spinned around. Then.. the Cube starts talking, inviting anyone to play a game!  The Cube offers several different games. The Cube is human powered, the users generate the necessary electricity themselves by spinning the Cube around. Each side of the Cube is sensitive, in this way essentially offering the users six buttons with six numbers from 1 to 6. The best thing? The games are updatable easily by changing the USB-stick (disk-on-key)!

Speed game
Set on your own trail, you start & end point is a specific number on the cube. How fast can you run from the beginning point till the end? The cube measures the time, the cube will call out your score! Which contestant is the fastest?

Math (numbers) Game
Math game: the Cube gives you a sum, you solve it by hitting the right numbers

Brain Trainer
Challenging for young and old participants . Remember the numbers, and push correct numbers on the cube in the right order.

Reaction Game
Quickly hit the number being called out. The game speeds up all of the time.

Trivia game
The cube is asking multiple choice questions randomly drawn from its database. Give your answer according to the numbers.

Language game
The cube teaches you how to count from 1 to 6 in different languages. Then there will be called out a number (randomly) in that language, quickly hit the right number.

Dance & Music Game
The cube plays a song. Then the song stops and there is called a number. The first one to hit the number is the winner of the game.

Animal game
The cube calls out different animal’s sounds, you have to guess how many legs the animal has and press the button. 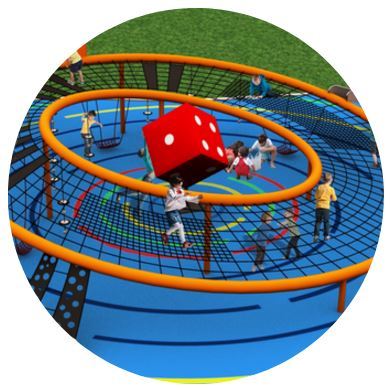 All brackets and fixings in 316 stainless steel.